Hello everyone, this is Jeremy and you’re listening to Jeremy’s English Tips, a series by the Culips English Podcast where I teach you interesting expressions or share language learning tips.

Hello there Culips listeners, this is the very first episode of Jeremy’s English Tips. I wanted to take this opportunity to introduce myself for those who don’t know me and to explain a bit about my background as a language teacher. So, as you know, my name is Jeremy and I am from California, which is a state on the west coast of the United States. 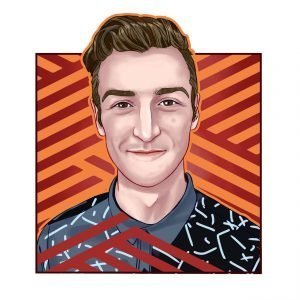 I grew up in a very diverse area, meaning most of my friends were from other countries and spoke other languages at home. So, I became very interested in foreign languages at an early age. However, I did not begin studying languages seriously until after I graduated from college.

The first language I studied intensively was Korean. Little did I know that Korean is one of the hardest languages for English speakers to learn for a variety of reasons. However, I stuck with it and it has been almost ten years now that I have been speaking and learning Korean.
Currently, I teach Korean on Youtube and through online courses to English speakers all over the world. I also teach English to Korean people. When I went to Korea almost 10 years ago, I went there to be an English teacher and as I was teaching English to Korean people and studying the Korean language in my free time, I noticed lots of similarities between what I was struggling with and what my students were struggling with. This was fascinating to me and so I decided to continue to teach language and here I am still doing it today.

So, going forward with this series, entitled Jeremy’s English Tips. We will be discussing various language learning tips as well as words and phrases that are useful for any English learner to know.
You may also send your questions to contact@culips.com and we may even be able to make an episode about them.
Our goal with this series is to help you become the best English learner you can be.
So, thank you for listening to this first episode and we hope you enjoy the rest of them. I’ll see you in the next one, bye!